Granola doesn’t seem like the most exciting thing to make at home, but trust me, when you smell the delicious combination of toasty oats, maple and spices wafting from the oven – you won’t regret it!

A lot of shop-bought versions are also unnecessarily high in sugar and overpriced for what you get. Once you realise just how much easier and nicer it is to make yourself, you’ll wonder why you ever bought it pre-made.

This version is a fairly simple one – in an effort to bring you a purse-friendly recipe, I’ve stuck to the ingredients I found cheapest in the supermarkets, but please feel free to change it up with different mix-ins – different nuts, seeds, dried fruit, chocolate/cacao chips, coconut and citrus zest are all great – some of my favourites are orange-cacao and cranberry-coconut – share your own combinations below or on social media!

Skincare from Within Blueberry Smoothie Bowl 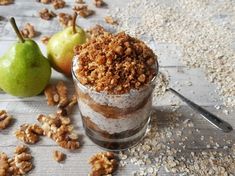